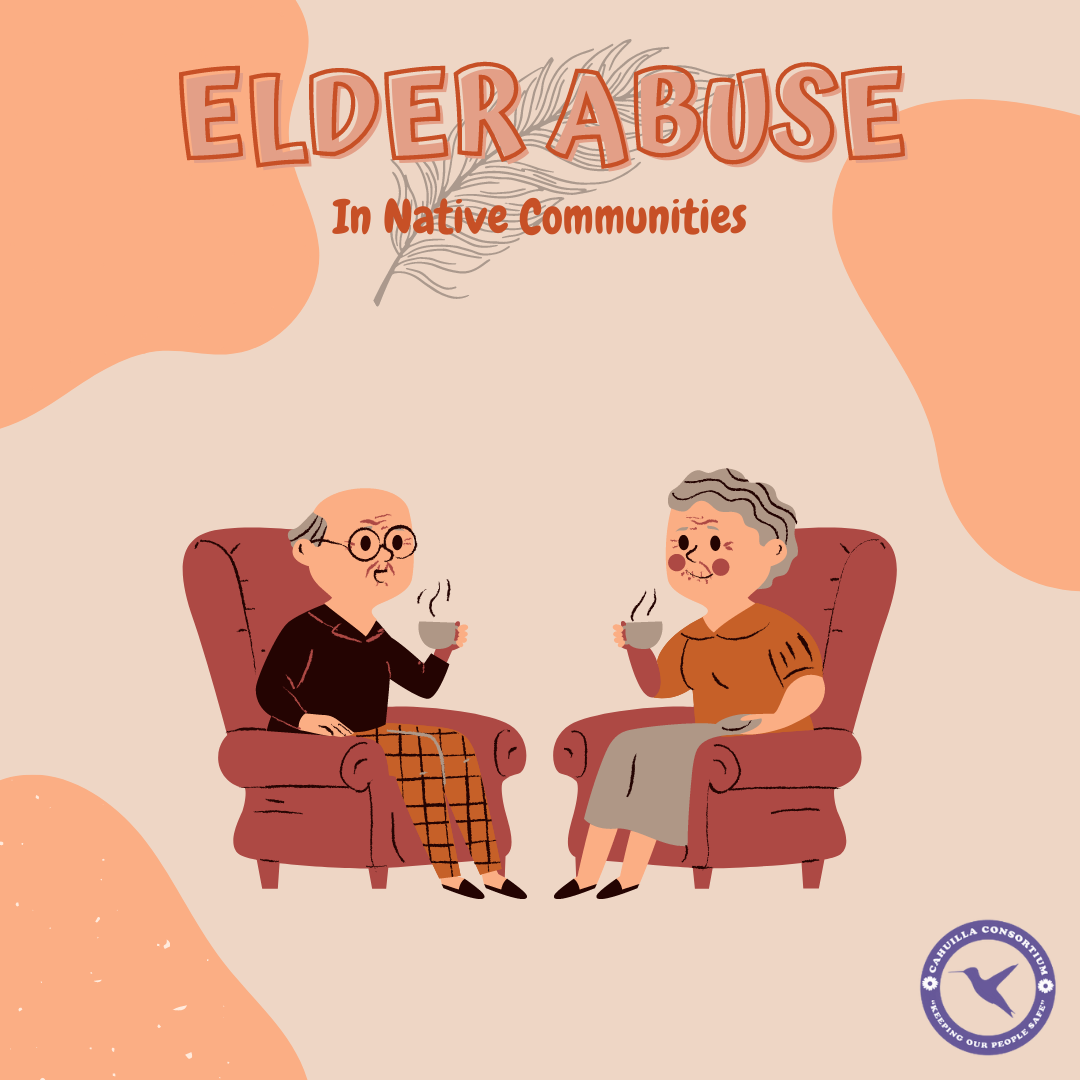 The 15th of June has been recognized internationally as a day of education and awareness to prevent Elder Abuse. As a whole, a common definition for elder abuse has been described by the Administration for Community Living as “a term referring to anyone knowing, intentional, or negligent act by a caregiver or any other person that causes harm or a serious risk of harm to a vulnerable adult”. Traditionally, elders are seen as a valuable link to the past and a resource for future generations among their people. However, in recent years, there has been a significant rise in Native Communities of cases of elder abuse. Tribal Social Workers estimated that nearly 80% of abusers toward Native Elders are immediate family members. A further 10% of abusers are a member of the extended family of the elder.

So, I am sure you are now wondering what constitutes abuse against an elder? Generally, elder abuse is separated into multiple categories including physical abuse, sexual abuse, emotional abuse, neglect, abandonment, and financial abuse. A full description of each type of abuse can be found on www.elderabusecenter.org.

Elder abuse can stem from several sources including power and control, unhappy/frustrated caretakers, and a sense of entitlement over an elder’s possessions. Recent studies within the Navajo Nation determined poverty, unemployment, and overwhelmed caretakers are huge contributors to elder abuse. The study also listed a separation from traditional values and substance/alcohol abuse as also primary cause putting elders at a higher risk for abuse. On average, females who are older than 80 years old are at the highest risk of abuse. Additionally, an elder living in the same home as their primary caregiver put the elder at a higher possibility to be abused.

Generally, a vast majority (over 75%) of elder abuse cases are not reported to the proper authorities. If elder abuse is suspected, proper law enforcement and Adult Protective Services should be notified to intervene. In California, you can call -833-401-0832 to be connected to your local Adult Protective Services within your area 7 days a week, 24 hours a day. Reporting is an important factor in ensuring an elder who is being abused, however with proper prevention, numbers of elder cases can be significantly reduced. Through research, professionals agree that community outreach and education are key involved in preventative measures. Moreover, reducing social isolation amongst elders also reduces a major risk factor for abuse. Through prevention and education, we can work together to reduce the number of cases of elder abuse among the Native Community.