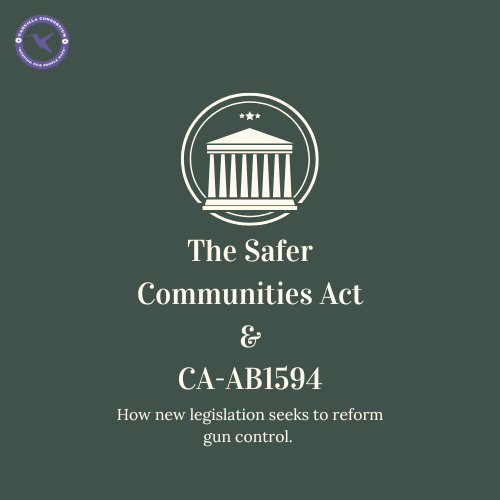 Over the past few decades, the gun industry has been in the news a lot. With an alarming rate of mass murders and other historically high rates of gun violence, pressure has been on lawmakers for some type of legislative gun reform. In the past few days, legal reforms have passed through the state (California) and federal levels in hopes of reducing gun violence in the country.

A milestone bipartisan legislation has recently passed that changes the country's landscape of federal gun policies. Known as the "S.2938 – The Bipartisan Safer Communities Act", The Safer Communities Act requires stricter background checks for gun buyers under 21 years of age and allocates additional funds for school safety and mental health. Additionally, $750 million has been provided to support crisis intervention services and funding for "Red Flag Laws." According to the Washington Post, a Red Flag Law allows a judge to remove someone's guns from their possession based on suspicions that they will use their firearm to harm themselves or others. Red Flag Laws have been hailed as a popular approach to protecting against gun violence due to their proactive nature.

In California, Governor Gavin Newsom announced the recently signed legislation of AB1594. With this legislation, civilians and government entities can sue manufacturers and sellers of firearms due to harm caused by their products beginning in July of 2023. The lawsuits can cover monetary damages, including attorney's fees, pain and suffering, and injunctive relief. Moreover, AB1594 prohibits firearm industry members from wholesale, importing, and selling firearms (and related products) deemed unreasonably dangerous and at high risk to public health and safety. In his statement, Governor Newsom states that he anticipates that holding firearm manufacturers and distributors accountable will reduce gun violence in the state.

Overall, changes in legislation across the country for gun control seem to be on the horizon. With high hopes, lawmakers believe these legislations will cause a dramatic decrease in gun violence.