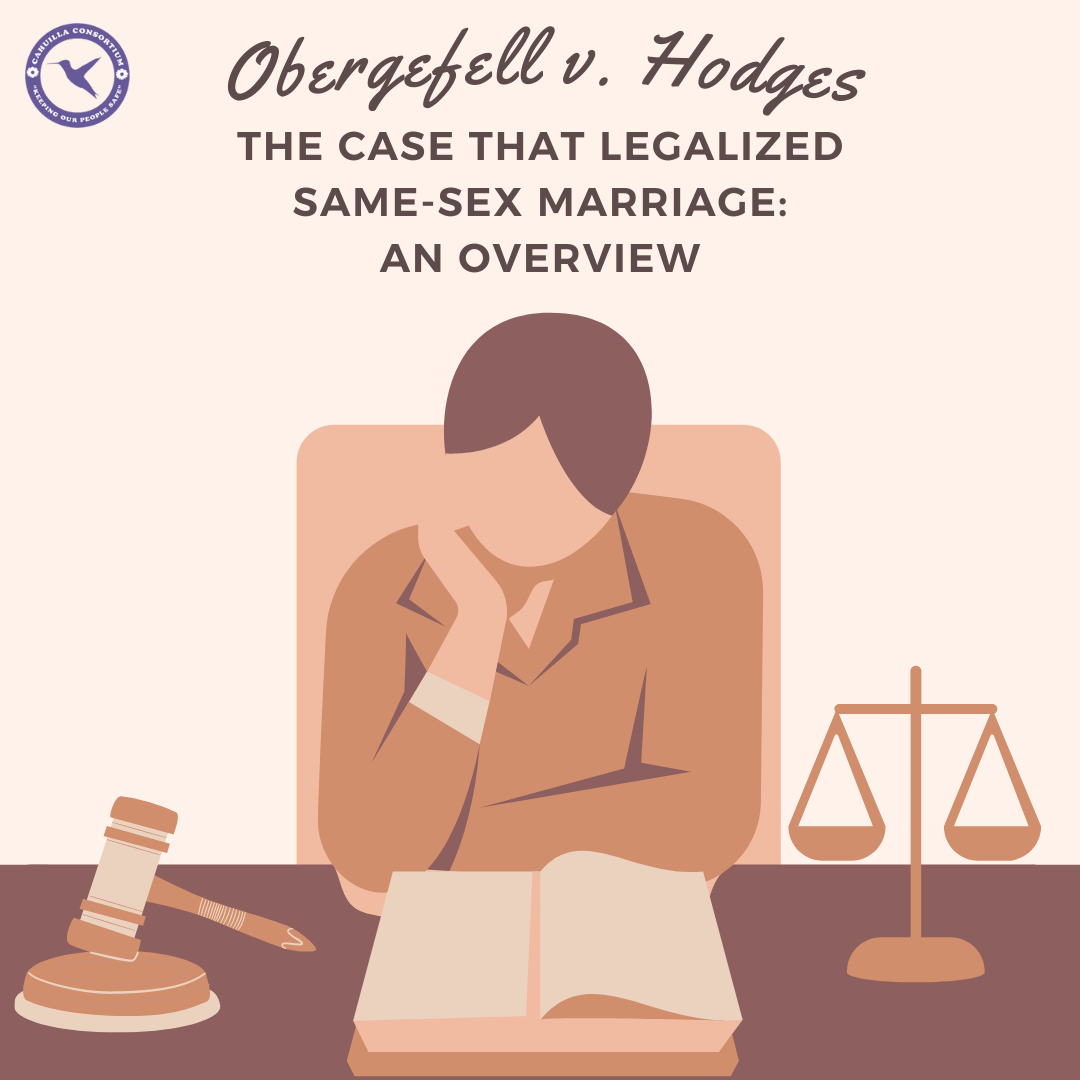 With Pride month coming to an end, we thought it would be good to examine the case that has allowed same-sex marriage in the country, Obergefell v. Hodges.

Facts of the case:

Groups of same-sex couples sued their relevant state agencies in Ohio, Michigan, Kentucky, and Tennessee to challenge the constitutionality of those states' bans on same-sex marriage or refusal to recognize legal same-sex marriages that occurred in jurisdictions that provided for such marriages. The plaintiffs in each case argued that the states' statutes violated the Equal Protection Clause and Due Process Clause of the Fourteenth Amendment, and one group of plaintiffs also brought claims under the Civil Rights Act. In all the cases, the trial court found in favor of the plaintiffs. The U.S. Court of Appeals for the Sixth Circuit reversed and held that the state's bans on same-sex marriage and refusal to recognize marriages performed in other states did not violate the couples' Fourteenth Amendment rights to equal protection and due process.

When this case landed on the Supreme Court of the United States docket, there were two aspects the Justices needed to examine. 1. Does the Fourteenth Amendment require a state to issue marriage licenses to same-sex couples. 2. Does this same amendment require states to recognize same-sex marriages authorized in another state. In a landmark 5-4 decision, the Supreme Court decided that the Fourteenth Amendment guaranteed the right to marry as a constitutional right to both heterosexual and same-sex couples. The court argued that the right to marry (and the rights received upon marriage) are not dependent on being a heterosexual couple. Additionally, it was determined that though religious organizations maintained the right to deny same-sex couples to marry as key tenants of their beliefs, states, and governmental agencies did not hold this same right.

Since the passing of Obergefell V. Hodges, approximately 58% (approximately 568,000) of same-sex households in the United States are married. Over the past few weeks, supreme court cases that have set precedence and afforded us civil rights have come into question. With the recent overturn of Roe v. Wade and the opinion written by Clarence Thomas suggesting previous cases be examined, this case may be next.