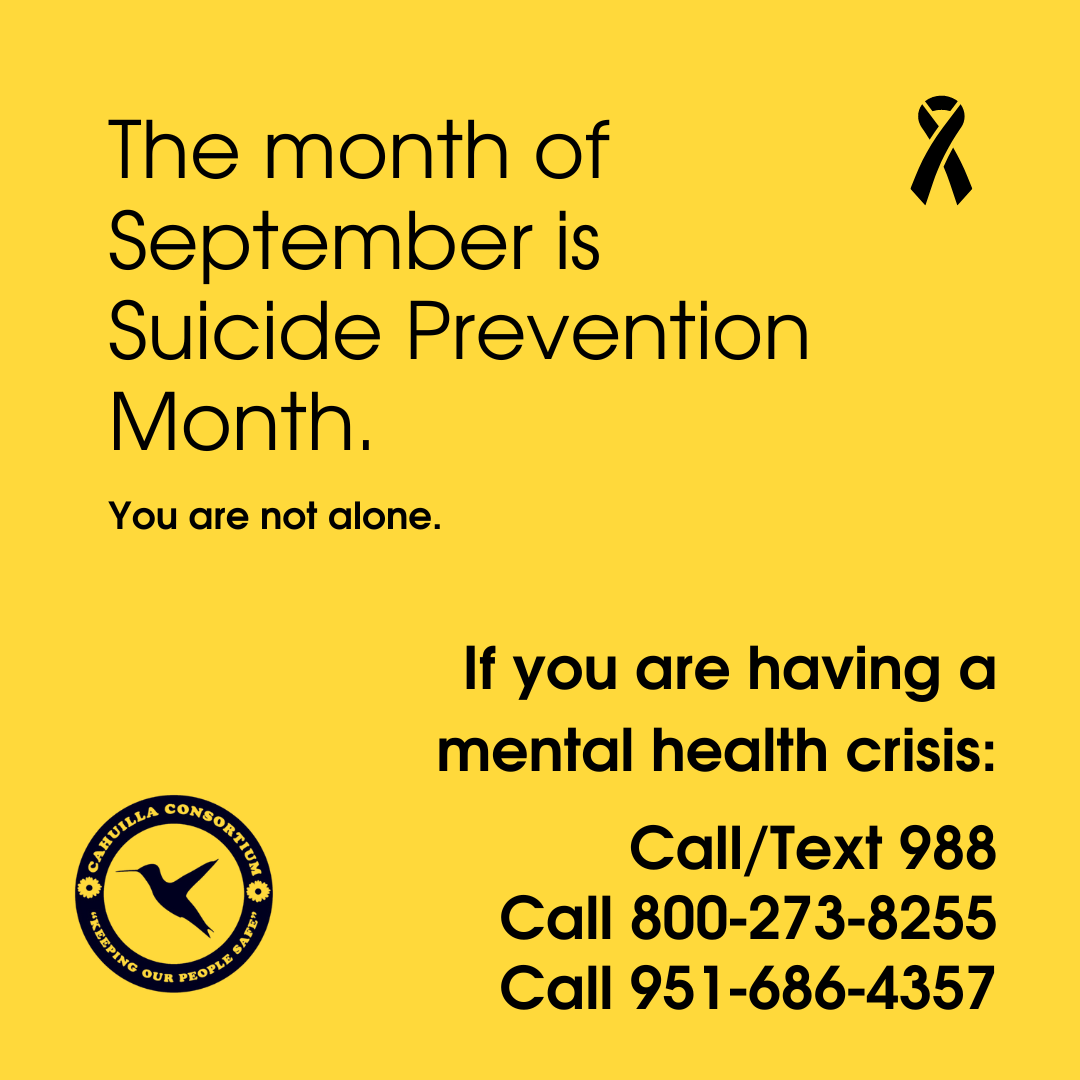 In recent years, the topics of suicide and mental health crises have become prevalent across many circles. The Center for Disease Control estimated that nearly 46,000 deaths were caused by suicide in 2020. This number means that suicide was one of the main causes of death in the United States that year. Moreover, the CDC estimated that over 12 million adults actively had thoughts about attempting suicide; 3.5 million of them actively created a plan on how to commit suicide.

Suicidal thoughts can affect anyone regardless of their age, race, or gender. Therefore, the prevalence of suicide in our country prompted the month of September to be designated as National Suicide Prevention Month. Preventative programs across the country aim to raise awareness about what is often considered a taboo topic throughout this month. Additionally, Mental Health Advocates actively attempt to reduce stigma surrounding mental health thus allowing someone who may be thinking about committing suicide to feel more comfortable asking for help.

Although the facts accompanying suicide in the United States are alarming, suicide is preventable! People who are thinking about suicide often say or do things that may signal their intentions. One of the biggest myths surrounding suicide is that discussing the thought of suicide with someone will plant the idea of suicide in their minds. This is totally FALSE! If you think someone is thinking about suicide, talk about it. Additional preventative techniques can be found at https://up2riverside.org/learn/suicide-prevention/.

If you or someone you may know is experiencing a mental health crisis or contemplating suicide, please see the list of resources below for immediate assistance.