The Foster Care to MMIP Pipeline 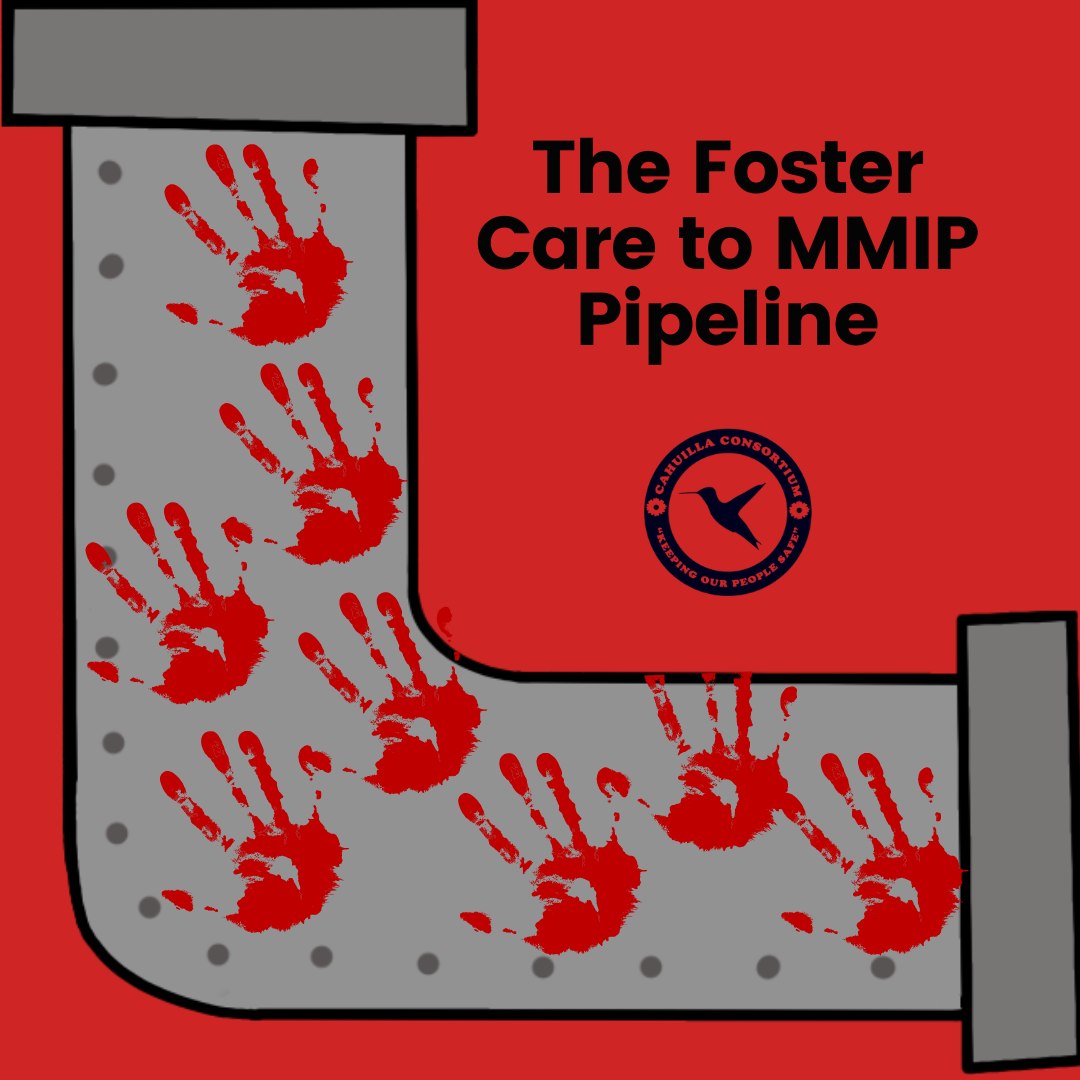 The Missing and Murdered Indigenous People epidemic is currently ravaging Indigenous populations in both the United States and Canada. When looking at the causes of the MMIP Epidemic, there are centuries of systemic and racial issues to choose from. However, research shows a modern pipeline directly contributing to the increasing numbers of MMIP in the US and Canada.

Experts believe a main reason for the pipeline from foster care to MMIP has to do with foster programs being “not culturally informed” with Native American cultures. In the United States alone, there are 574 federally recognized Native American Tribes each with its own customs and traditions. The number of Native American populations increase even more when accounting for Tribes with only state recognition. Not being informed of a foster child’s culture leaves a child and their connection to their homelife at risk to be victimized. Being a product of the foster care system coupled with the many other systemic issues leading to higher rates of violence and murder of Indigenous People contributing to the MMIP epidemic. The research and identification of the pipeline between foster care and the MMIP epidemic is recent. With more research being done, there is hopes to identify further issues and reduce the number of Native foster youth who go missing and murdered.