The Lasting Legacy of Savanna LaFontaine-Greywind 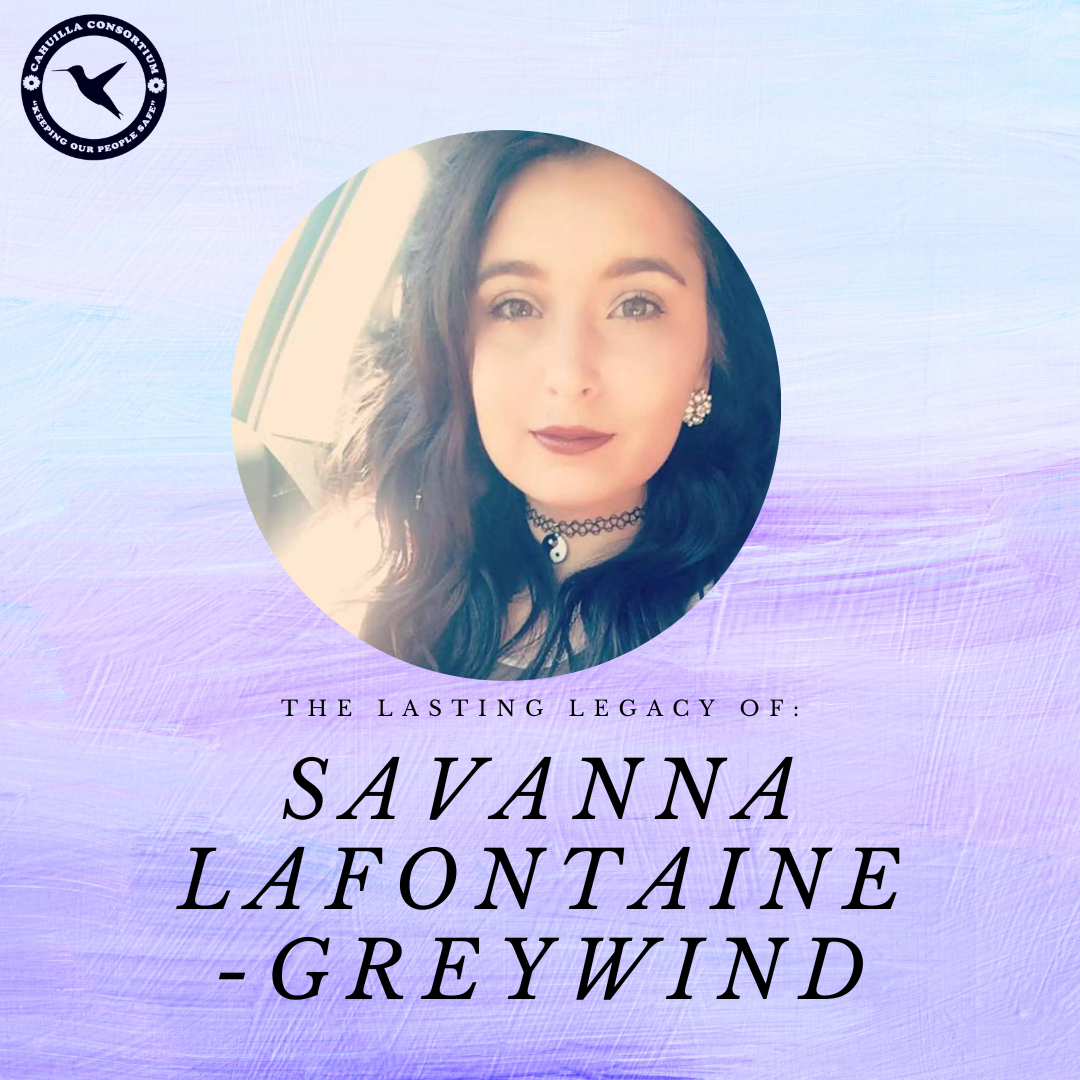 Five years ago, a 22-year-old woman went over to a neighbor’s house to model a dress for $20. The neighbors, though they lived in the same apartment building, did not know each other very well. Savanna LaFontaine-Greywind, the 22-year-old woman was a member of the Spirit Lake Sioux Tribe in North Dakota. To view the “dress” mentioned by her neighbor, Savanna, followed her neighbor into the bathroom. Once in the bathroom, 40-year-old Brooke Crews, knocked the 8-month pregnant Savanna unconscious by shoving her down. Once unconscious, Crews grabbed a knife and cut out Savanna’s baby from her womb. Soon, Crews’ boyfriend came home and helped to strangle Savanna so the couple could keep the newborn baby. Remarkably, Savanna’s daughter, Haisley Jo, survived and is now 2 years old. As of today, she is safe living with her father and is in good health.

After a quick investigation, authorities arrested both Crews and her boyfriend. The couple was tried for murder and sentenced to life in prison. Upon her death, Savanna joined a list that is all too familiar to the Native American community, Missing and Murdered Indigenous Women. However, in response to Savanna’s horrific murder, the United States Congress passed Public Law No: 116-165, Savanna’s Act. Through this legislation, Congress hopes to review, revise, and develop law enforcement protocols to address the Missing and Murdered Indigenous People epidemic.

Thanks to Savanna’s act, the Department of Justice is now required to:

Through her death (and subsequently Savanna’s Act), Savanna LaFontaine-Greywind has brought widespread attention to the Missing and Murdered Indigenous Women epidemic in our country. Since the passage of Savanna’s Act, tribal leadership has begun forging stronger relationships to aid in the response for Missing and Murdered Indigenous People across the country. Locally, the Cahuilla Consortium is continuing to work with our local law enforcement to bring attention to MMIW in our area. Together, we hope to develop further protocols to not only reduce the number of MMIW in our local communities; but we hope these relationships will allow our community and law enforcement to be better prepared if their loved one goes missing.