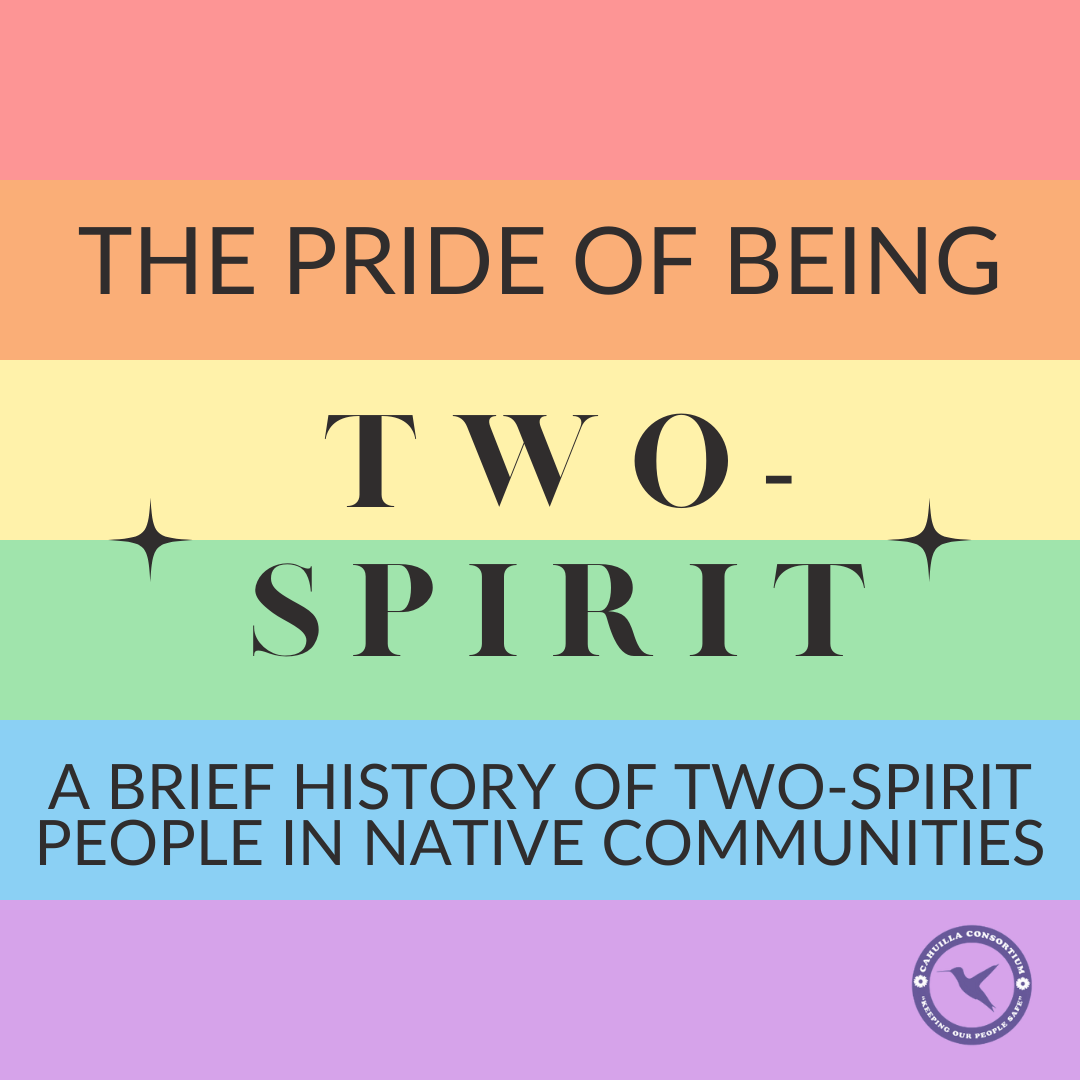 Before colonization in the United States, “Two-Spirit” members of indigenous communities were held in high regard and were blessed to perform specific cultural and social functions within their communities. This contemporary term (being established in the 1990’s) was derived from the Ojibwa word “Niizh manitoag” originally used to separate Native from non-native persons as well as being used as the word for what we now refer to as “gay or homosexual”.

Traditionally, it was believed that those who identified as Two-Spirit (could be male, female, or intersex) were gifted as carrying both the spirit of a male and female. It is important to note that not all pre-colonial populations celebrated or even accepted Two-Spirit individuals. However, in over 150 tribes, people who were considered Two-Spirit were often regarded to be a part of a third gender (sometimes a fourth as biologically female Two-Spirit people were referred to a distinct gender in some tribes). In most tribes this meant that someone with “two spirits” was able to engage in both traditionally male and female roles (think warfare and weaving). Two-Spirit people were revered in pre-colonial Native communities often taking on roles as chief, healer, and conducting spiritual ceremonies. Additionally, Two-Spirit people often (though not always) married into homosexual relationships.

With the onset of colonization and the rapid spread of diseases brought on by European settlers, the tradition of Two-Spirit people was suppressed like many other Native American Traditions. Even more so, Native Americans who previously identified as Two-Spirit would face violence and be condemned by society. As a result, many societal practices around Two-Spirit individuals were lost or hidden. Recent societal shifts in the treatment and acceptance of members of the LGBTQ+ has brought together many Native Communities to revive Two-Spirit traditions. Throughout the country, National Two-Spirit gatherings have been taking place since the early 1990’s. Social media and the internet has also helped play a part in the visibility of Two-Spirit individuals and their stories. Together, this has led to a shift in one’s ability to be more comfortable with gender fluidity and expression. Interested in learning more about the Two Spirit Community click the resources below for more information.